The Altona Schoolhouse was completed in 1880 to serve as a one-room school for the community.  At the time of its construction, Altona had 60 days of school with a total of 40 students in attendance, ranging in age from 6 to 21.  Local residents recall the building being used not only for school but also for Christmas programs, community dinners, and other events.

In 1948, the school districts in the area began consolidating due to a declining rural population in the area and deteriorating buildings.  The last classes were held in the Altona schoolhouse in 1948, after which point the Altona students were sent to other schools. 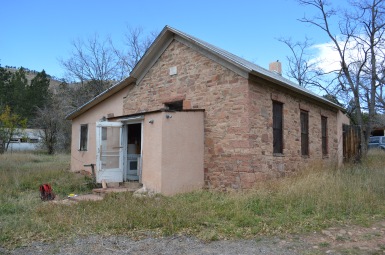 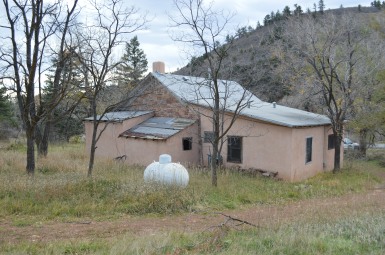 In 2012, the Heil family sold the property, including the historic Altona Schoolhouse to Boulder County.  In 2013, the building was designated a Boulder County Historic Landmark.  It is the oldest of four remaining stone schoolhouses in Boulder County. 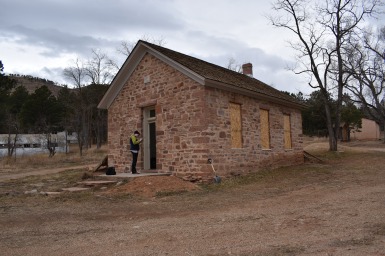 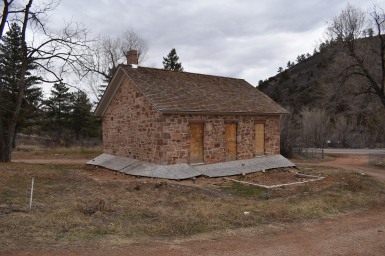 Form+Works Design Group is currently working with Boulder County Parks and Open Space to restore the stone schoolhouse to its original appearance.  Upon completion of the project, the building will be open to school and civic groups.  Programs will be provided by Boulder County Parks and Open Space staff and volunteers, demonstrating the late 19th century rural education system.  The original materials will be restored, and the building will be furnished with typical schoolhouse furnishings of the era.

Concurrently, Boulder County is working to develop the 210-acre open space property around the schoolhouse.  The development will include interpretive trails, signage, and parking, allowing access to the property for recreational use.

We are excited to see the schoolhouse restored and the open space site available for community use!