It was time to pack up and make my way to Stirling in anticipation of the start of the conference. I arrived around noon, dropped my bags off at the hotel and grabbed a baked potato for lunch. With Monday being a bank holiday, the Stirling center was bustling with shoppers and activity. 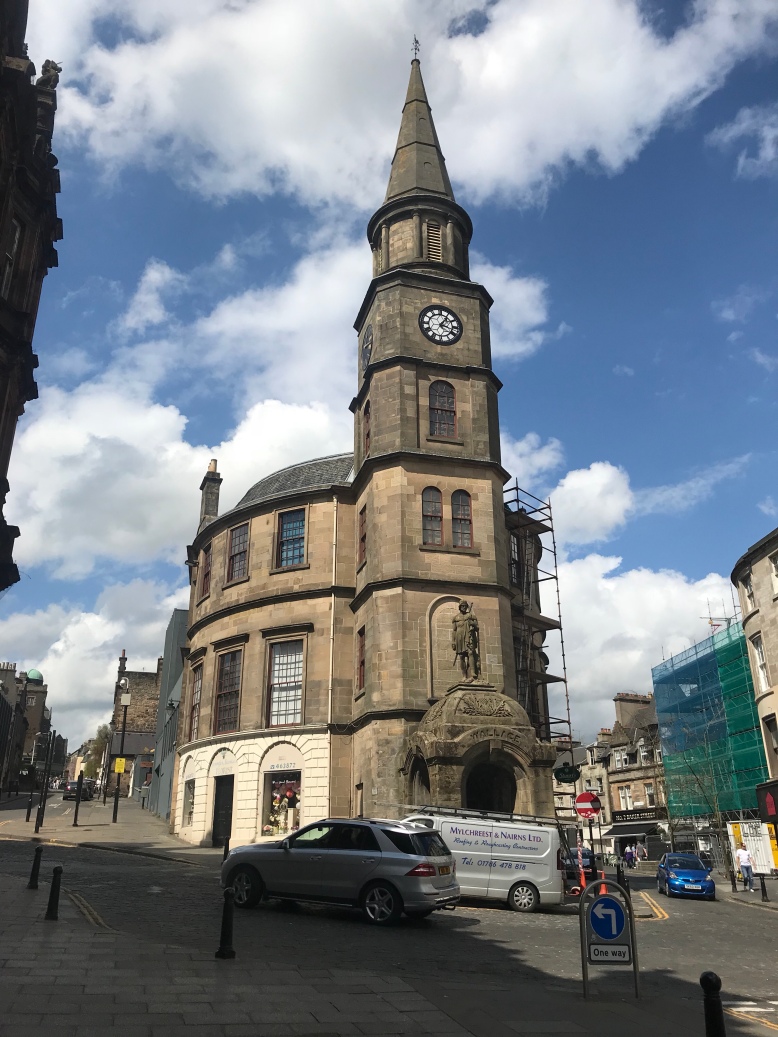 Not knowing exactly what there was to see, I just started heading upwards. 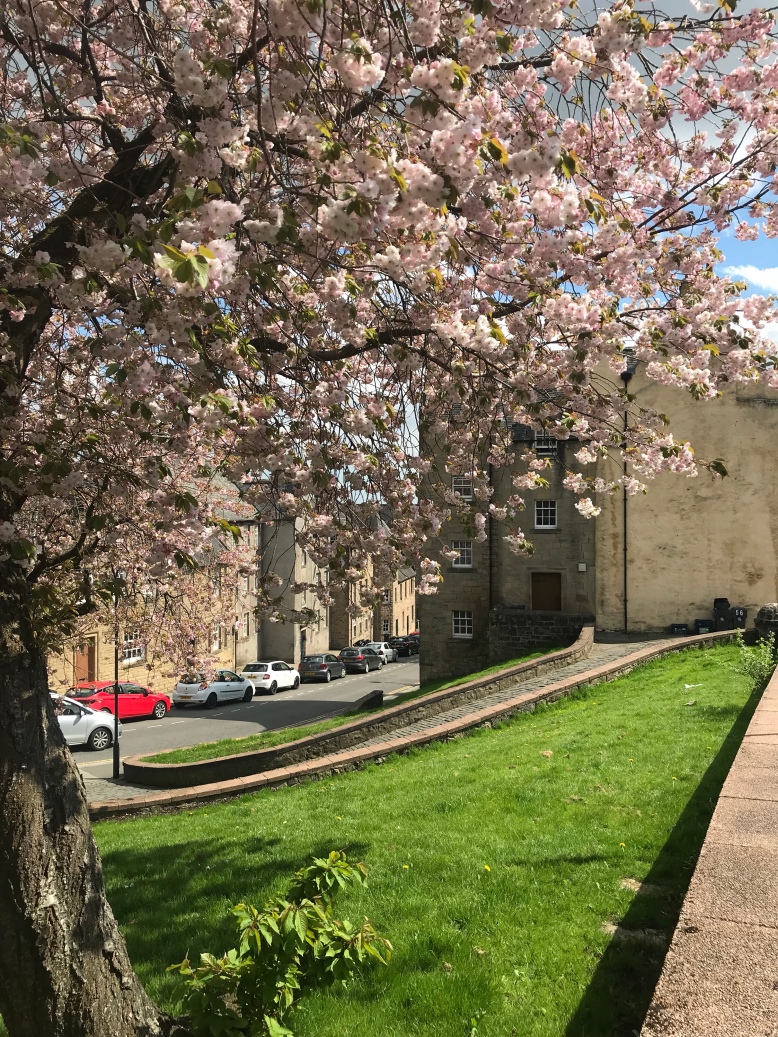 One of my first stops was the Church of the Holy Rude and what was the first thing I saw? Why none other than this sign advertising that the CSU Pueblo Concert and Chamber Choirs would be performing here the next weekend. 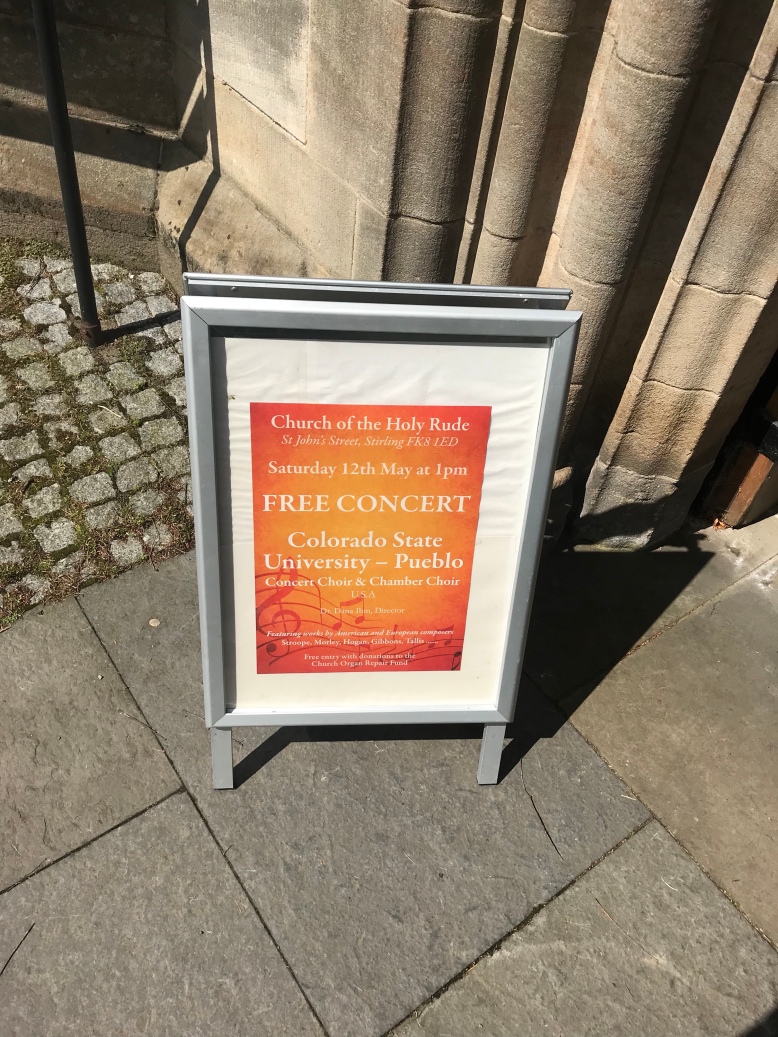 It is always fun to realize how small the world really is.

The Church of the Holy Rude is the only church in Scotland where a royal coronation was held. King James VI, the 13th month old son of Mary Queen of Scots, was crowned here. Later on our official tour of the City, we were told that there was a disparity at the Holy Rude between two of the priests. They decided to construct a wall across the center of the church, dividing into two. 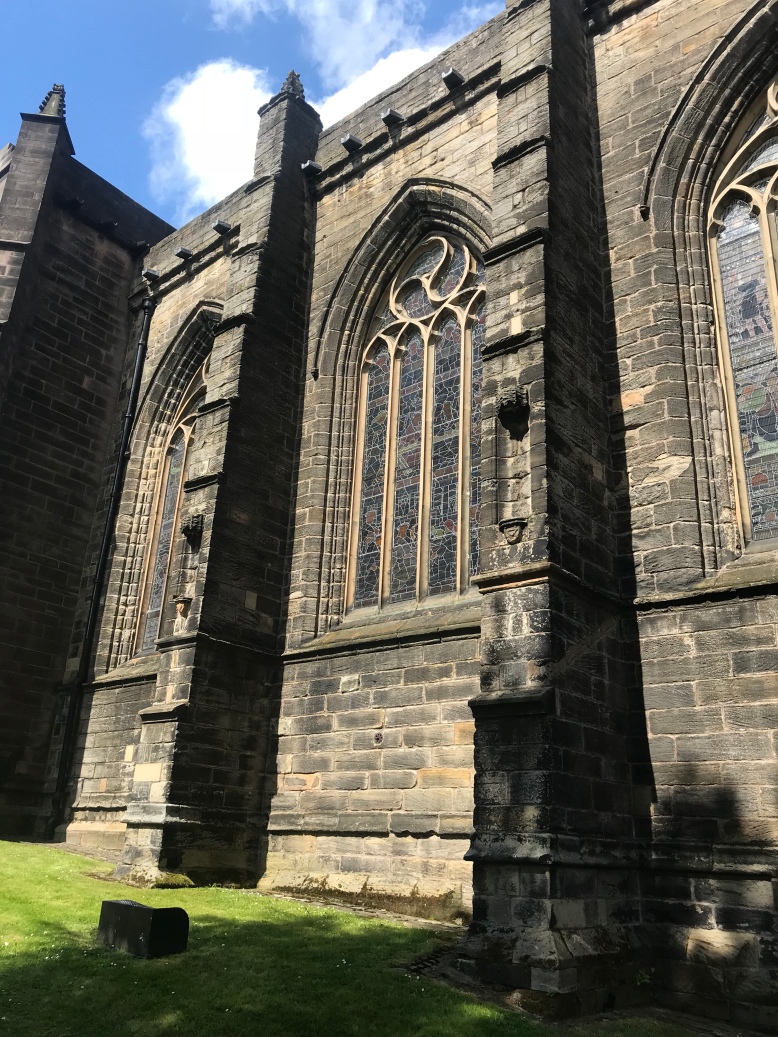 It remained this way for over 300 years, when the feuds were resolved and the parishes rejoined into one. It makes for an interesting conservation discussion. Technically the building spent more time during its lifespan divided into two churches than it did as a single space. The decision to remove the wall and reopen the space is seen by some as less authentic than keeping the wall in place. In historic preservation we find ourselves thinking through some very interesting conundrums. 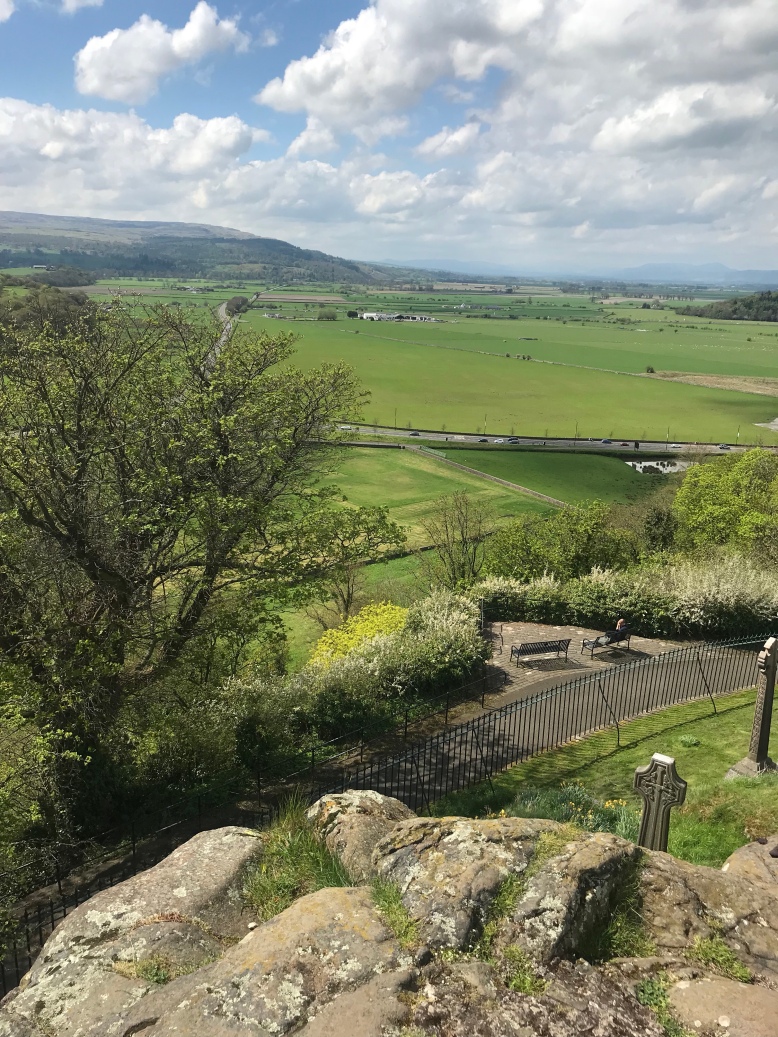 I walked through the graveyard and up onto a rock cropping where I could see up to Stirling Castle. There were fantastic views across the valley below. I knew we were touring Stirling Castle as part of the conference, so decided not to go inside. 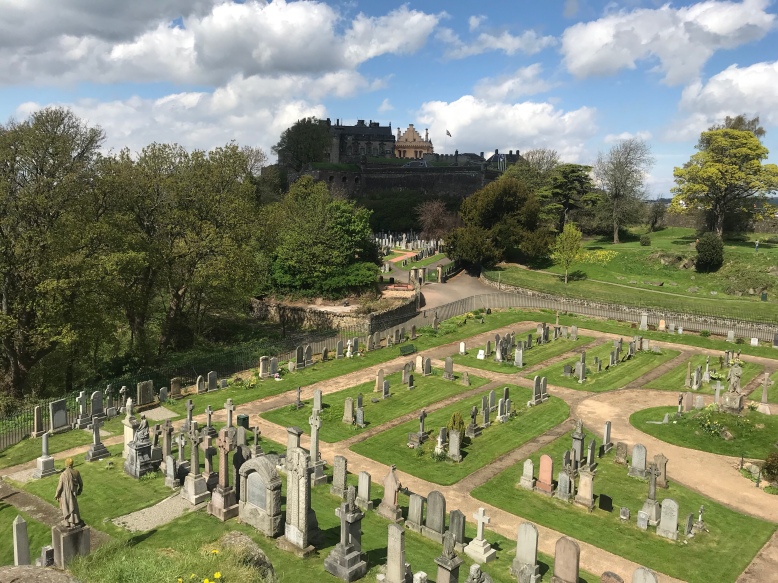 The last stop for the day was a local pub that was hosting a fundraiser for child cancer. I could hear the live music from blocks away and made my way to check it out. Between the pubs and the streets there have been some seriously talented performers. 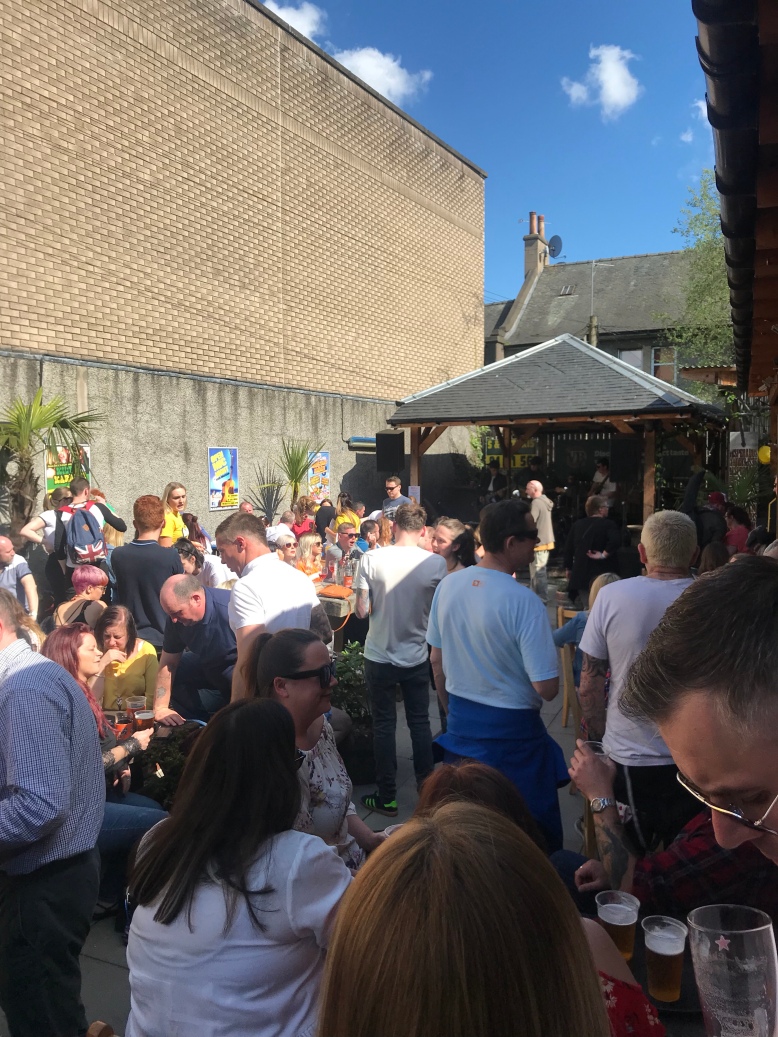